AKG is owned by Harman International Industries, which is now a company owned by Samsung Electronics. It was founded by Dr. Rudolf Gorike and Ernest Plass. The notable acquisition happened last November of 2016 out of Harman’s desire to further expand the company that transcends its conventional products. Now, AKG is a known brand for wireless audio systems, microphnes, headphones, and such that is associated to these accessories.

AKG Acoustics was originally known as Akutstische and Kino-Geräte Gesellschaft which later on was shortened to AKG. Now, when you say AKG, you think about good sound. The products started as being handcrafted by 5 workers. The passion is transformed into how wonderfully music is heard by people and the innovation did not just stop there.

The first products that debuted the success of AKG in the fifties were the headphones, high quality condenser microphone, the world’s first ever remote- operated “multi-pattern capacitor microphone,” the C 12 and D 16. C 12 was greatly popularized as one of the customers who purchased and used it was the BBC in London. 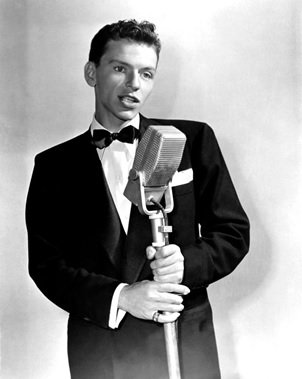 Frank Sinatra and Roger Whittaker and other famous artists in the seventies were contracted for the endorsement of the AKG products. It was in the seventies, too, when AKG perfected the digital technology and was later used in Moscow Olympics in the year 1980.

AKG grew and grew with subsidiaries in the US, Germany, Great Britain, and from many other countries. The expansions was a strategy used by AKG to publicize and make the world known of AKG’s existence.

It was in 1994 when AKG was acquitted by Harman International Industries, Inc. With this acquisition, a handful of improvement and product sharpening and restructuring happened. One of which was the affordable microphones for Karaoke use.

The AKG microphones and headphones are popularly used by known singers in tours and stage performances. Just a few well-known musicians who have been using AKD in their performances are Eric Clampton, Frank Sinatra, Aerosmith, The Rolling Stones, Kayne West, Stevie Wonder, and a lot more. 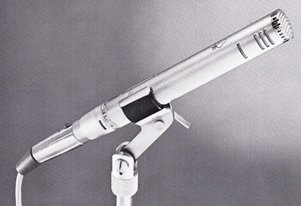 All of these wonderful contribution to enhancing the music industry started when Dr. Rudolf Goerike and Ernst Plass wanted to supply film projectors and loudspeakers to whole of Vienna movie theaters. It wasn’t called AKG initially, instead, it was first called “Phonopot.”

They purchased their equipment from a closed factory in Hungary and modifies these products to optimize the quality projected. They first designed the DYN series and all of which are handmade. It was in 1947 when both Goerike and Plass registered the company name  under AKG Akusticsche u. Kino-Geraete Gesellschaft m.b.H. as the name projected in the trading license. They described the company as such who “manufactures audio and film equipment.” They were located in Vienna when this was established.

Both Goerike and Plass were ambitious and did not stop until their vision crosses the borders and is known all over the world. With continuous product improvements and successful subsidiaries made in different countries, slowly but surely, AKG made name in the music and film industry. Their expansion came to a point where they became a part of Harman International, who, later, becamse a subsidiary of Samsung Electronics. All these are results of their passion to provide the best and with the highest quality of sound all over the world, and they did not disappoint.

Some of their notable microphones and headphones are the AKG C44 and the Lyra USB Microphone with HD Recording Interface. 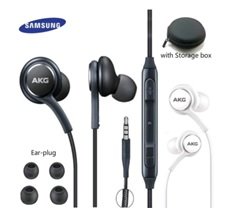 The recent designs of AKG now that it is a part of Samsung Electronics has become sleek and is appropriately anchored to its buyers nowadays.