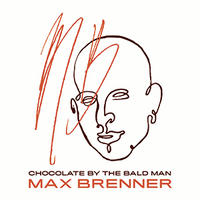 chocolate places for the Australians.

However, in the last few months you may have noticed the lack of crowd in the stores due to lack of a good service in Max Brenner stores. As per news.com.au, the staff was not paid properly and some employees are still complaining about not being paid. Some said they were not paid super. Lack of pay of course hurts the overall service provided by employees.

Max Brenner Australia will close more than half of its stores from mid October 2018. There are over 600 people who work for the chocolate retail chain across Australia in 37 stores. 20 of these stores are closing as per reports and many will of course loose their jobs.

As per a news report from abc.net.au, a supervisor from a closing Queensland store, who wished to remain anonymous, told Hack that finding out on social media was “unfair”.

“Hundreds of minimum paid employees on a monthly salary found out they were jobless and have been robbed a month, via social media and news outlets, with no warning,” they said.

“It was really shocking. My boss only found out because someone tagged them in a post.

There are still many Max Brenner workers who haven’t been paid last month’s wages and superannuation payments are still pending for many.

max Brenner replied that wages and superannuation concerns would be looked over by the Administrators “as part of their detailed review of the affairs of Max Brenner Australia”.